AYREON IV, by the Divine Design of Butauros, Eternal Kaiser of Shireroth, who, by this Imperial Instrument, gives unto his subjects and retainers, greetings, and unto the ancient gods of Shireroth, all due respect and honour.

Know ye that We make this Instrument in the name of the Holy Saints of Nathaniel the Returned-and-then-again-Departed, Elijah the Blessed, Nathan the Once-Living God, and all other Holy Saints and Martyrs, whose allegiance and respect We eternally owe. Acow.


IMPERIAL PROCLAMATION: Marriages of the Imperial Mother and Other Lords and Ladies of Our House

With happy surprise, We have received the news of the marriage of Our Imperial Mother to His Imperial Highness the Lord Daniyal al-Osman at the Pleasure Palace of Arg-e Daniyal on the Island of Mirioth.

We regret that We were unable to attend to the ceremony as there was miscommunication in the Keep. We therefore offer Our most heartfelt apologies to Our Imperial Mother and Step-Father for Our absence.

With the new marriage, Our Imperial Mother has found a peaceful and happy way to reenjoin with the House of Ayreon-Kalirion.

We look forward to welcoming Our Imperial Step-Father to the Imperial Court. As the age difference between Us and His Imperial Highness is only four years, We are confident that the two of Us will have much in common.

We understand that several marriages of several Lords and Ladies of Our House were contracted at the same time and the same place. We there offer our congratulations to Lady Isabella Simrani-Kalirion and Carl Taylor-Citron and Augustus Mirkdale, and to Daniyal ibn Daniyal Simrani-Kalirion and Novichoka Vladimorvna, to Aurangzeb al-Osman and Sarah Dravot, to Adam al-Osman and Madani Simrani, to Esmeralda al-Osman and Harry Payne, to Daniyal Anders and Thérèse Marozzi, to Frederik Anders and Sabine Erika Rukovodna, to Royston Anders and Madani Allus-Zhayatar, to Azardokht al-Osman and Kūruš Artashata, Khanzada of Raspur, to Nilufar al-Osman and Timūr al-Osman Taraghay, and to Samira al-Osman and Justin Guadalim, on the occasion of their contractions of marriages. We wish to invite them all to a banquet as soon as Our Regency has ended to celebrate the marriages of Our Kinsmen and Kinswomen. We further them our apologies for Our absence at the ceremony, and hope that they will extend to Us their forgivenesses. IN WITNESS WHEREOF We have caused the Imperial Seal to be affixed to this Proclamation which We have signed with Our Hand.

Given at the Keep this nineteenth day of the sixth month in the year after the death of Norton one thousand six hundred and fifty-eight.

I think the Chamberlain needs to appoint an auriga to whisper "memento homo" in the ears of our Eternal Kaiser.
Top

It appears that he's certainly doing homo things these days... Don't they say it's the mother's fault when that happens?
Armin Jamal-Arminzadeh
President of the Senate of the Elwynnese Republic
Top

A swarthy Kumaranchi enters the throne-room. Before prostrating himself before the Golden Mango Throne, the slave whispers a brief aside to the Count of Suthergold.


Armin Jamal-Arminzadeh wrote:It appears that he's certainly doing homo things these days... Don't they say it's the mother's fault when that happens?

Careful old boy, you're not entirely protected by Imperial immediacy when outside the Imperial presence.

Having eventually - the Kaiser was still evidently in the mood for enjoying the semblance of power that would soon be his to command - been instructed to rise from the polished floor, the Mameluke opened a brown leather binder presented to him by his aide, the slave's slave, and began to read: 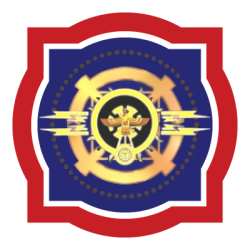 To our Lord the Radiant Sun, may his dynasty endure ten thousands years, Isabella Simrani-Kalirion, by the grace of Zurvan Princess of Arboria, Emira of Jadid Khaz Modan &etc renders all due and appropriate salaams before the Golden Mango Throne,

Please be assured that all present at the convocation felt their joy diminished by the absence of their sublime and serene sovereign. The convocation, to which representatives of the Houses of Osman, Simrani, and Dravot, were invited lasted for twelve days beginning on the first day of this present month. Many matters of great importance were discussed in convivial surroundings at the stately pleasure domes maintained at Arg-e Daniyal by the Emira for the purposes of hospitality. Agreements concerning effective governance in territories spanning the four allied realms were brokered which will, we sincerely hope, lead to improvements in trade, communications, and security. The centrepiece of these agreements is a shares swap between the ESB Group and the Saint Andre Trading Company and the creation of a unified chancellery to support the governments of Arboria and Jadid Khaz Modan respectively. In this age of intercontinental interconnectivity it is manifest that the closer we are able to work together the stronger we will become. We look in this to the example set by Our Lord the Radiant Sun in assiduously pursuing the friendship of the Emperor of Natopia.

Your Magnificence as no doubt received reports of the festivities with which the convocation concluded, especially pledging pact and exchange of vows, and we are humbled by the Imperial Proclamation. A more thorough account of the proceedings will be released in due course for the delectation of the entire court.

His Imperial Highness the Lord Daniyal al-Osman has been dispatched to Ardashirshahr to establish his own court in the lands of the Southern League. He looks forward to making the acquaintance of Your Magnificence at the earliest opportunity.


Patroness of Kalir
Elder of the Simrani branch of the House of Ayreon-Kalirion | Countess of Amity, Mirioth and So-Sara
Top
Post Reply
4 posts • Page 1 of 1