The dominant power of the Southern League, the most populous county of Elwynn. Whoever allowed the Babkhi to settle this close to the Imperial capital probably needed their head examined. Formerly the haunt of daemons and unclean spirits, the Sanctum of Reflection in Islus was purified and demolished by the Church of Elwynn with the assistance of Cugellers and Fedayeen in 1652, in the aftermath of the Auspicious Occasion. The site was left fallow for a number of years during which time the rubble strewn and weed-choked area became a popular haunt for drug users, the homeless, cottagers, and various adults of the type who would frequent dog-walking areas at night, in spite of the notable absence of an animal companion. 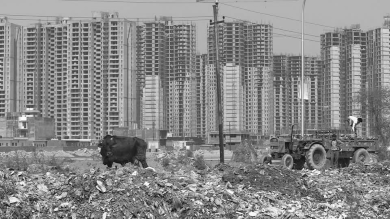 Islus Residential District viewed from the southern edge of the Sanctum

Eventually the former site of the temple became clogged with the insanitary huts of migrant workers crossing over from Goldshire to escape rising unemployment, economic stagnation, and the rapaciousness of a nobility unrestrained by its comatose King.

In 1658 returning Republican Guardsmen, returning from overseas deployment in Arboria and the Warring Isles, were hired and issued with pick-axe handles and sent into clear the Sanctum of squatters. The attack had been timed for the Roqpin holidays in order to coincide with the noted tendency of the Elw towards exaggerated excitability during the period. This in addition gave the Goldshire migrants an additional incentive to flee as their insanitary encampments were overrun and set ablaze by marauding soldiery the rewards of yielding flesh that had been denied to them in a largely unsatisfactory campaign against Jingdao.

At the same time as "war-veterans" began clearing out the slum dwellers, the encampments were hit from the north, south, and west, by volleys of tear gas and incendiary devices hurled in by Cudgellers, forcing the migrants to retreat towards the advancing Guardsmen. The result was pandemonium. Forty-seven fatalities were recorded in official accounts of the events and fires burned uncontrolled on the site for three consecutive days.

On 12 Rugaall 1658 an expedited land auction was held by the Bailiwick of Islus at which the ESB Group's Directorate of Commodity Services submitted the winning bid. In spite of the auction being well attended the final sale price was considered to be 25% below market value - given the prime riverside location of Islus between Eliria and Shirekeep.

Prisoners and welfare recipients were employed to work alongside contractors and earth moving machinery to clear and level the site of the Sanctum. Work was paused during a cholera outbreak amongst the chain-gangs.

On 4 Qinamu that same year, as the last of the remediation work crews were removed from site, ESB security personnel moved into establish a perimeter around an area of 25,000 square metres. Lawsuits brought against the ESB Group for confiscating land beyond that awarded as a result of the title auction were dismissed by the Bailiwick Courts in Islus and on appeal to the Arandur in Ardashirshahr.

Over the period of four months contractors fabricated a concrete building with a concrete foundation and an asphalt roof that was five stories tall and had a total floor space of approximately 17,000 square metres.

This structure was designated Reclamation Plant Number One, and began operations on 24 Kuspor 1659 after the connection of the site to the main electricity, gas, water, and sewerage networks of the Bailiwick. 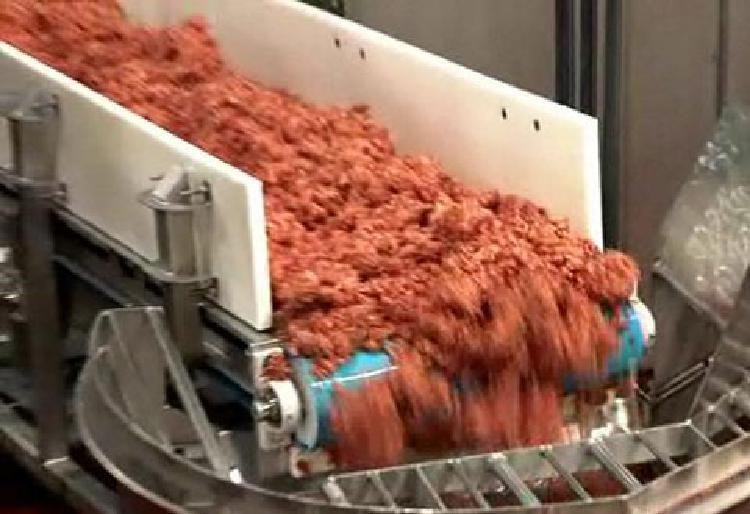 A View from the Reclamation Plant.

The practice of mechanically harvesting leftover meat scraps dates to the era of the Coordinated State, when mechanical hand tools were developed to help remove the remaining pieces of meat and connective tissue from animal carcasses to minimise waste.

The reclamation plant, receiving frozen carcasses from Ardashirshahr, Kingsgate and Shirekeep, housed machinery newly designed to perform a deboning process by which the last traces of skeletal muscle meat are removed from animal bones after the primal cuts have been carved off manually.

The machinery, developed by the Imperial Forces to feed and manage Jingdaoese prisoners of war, used in this process separated meat from bone by scraping, shaving, or pressing the meat from the bone without breaking or grinding the bone. Reclaimed bones are sent to an experimental facility in the Froyalan National Reserve for fine grinding and inclusion in preparations of powdered soup issued to Community Service Workers.

Reclaimed meat passes from the machines along a conveyor belt before falling into a container from which the meat is then forced through a series of sieves by hydraulic rams in order to filter out any bone fragments. Filter cleanings with high pressure hoses and disinfectant occurs every four production cycles.

After being forced through the last of the sieves, the meat puree falls into a final preparation tank where the puree is bulked out and given texture by the injection of edible polymers into the mixture. The end product is then sloughed out of the preparation tank into one of twelve hermetically sealed storage tanks where the mixture matures in a controlled environment for seven days.

Once the mixture has stabilised and attained its final form it is decanted from the storage tanks into the refrigerated tanker truck of the facility's customers in the food services industry. ...and they shall beat their swords into ploughshares, and their spears into pruning hooks...

In Oktavyan there has been much argument between the DTW and DLEP as to whether Kalgachia is owed arrears of rent for one of these machines - previously utilised by the Minarborian church to optimise the remains of condemned prisoners for the putrefact but designated surplus after its Kalgachi inheritance and loaned in 1652 to some quasi-official gentlemen claiming to represent the FNR administration. Like most intractable squabbles between the Kalgachi Directorates the matter has been referred down to the Council of Perfecti which has ruled - not without some irritation if the hasty, ink-spattered scrawling on the relevant document is any indication - that any debt incurred by the arrangement, which stipulated payment in the form of bonded Froyalaners, was effectively written off by the Perfecti's instrument of Froyalanish emancipation in 1655 which universally outlawed the receipt of such payments from abroad. Given the time which has elapsed since the original deal, and the recent implicit resolution of both our nations to move beyond the unpleasantness of the Zinkgraven administration, it has been decided that it would be inappropriate for the Garden of Kalgachia to pursue payment by alternative means and that the renunciation of any claim to the machine's ownership in favour of its current operators would be the most prudent and neighbourly course of action. Any notion of outstanding debt can therefore be struck from the machine's record of associated liabilities, if indeed such records have survived in the hands of its current owners.